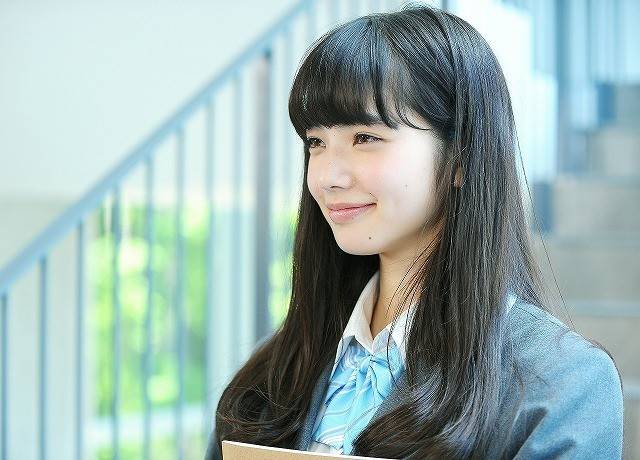 As reported before, popular manga "Bakuman" will be getting a live-action film adaptation starring Sato Takeru and Kamiki Ryunosuke, and it was recently announced that rookie actress Komatsu Nana has been chosen to play the heroine for the film.

The story revolves around 2 high school students, Mashiro Moritaka (Sato) who has a great drawing ability, and Takagi Akito (Kamiki) who has an intellectual ability and wants to be a manga writer. One day, Akito asks Moritaka to become a manga artist for his stories, and together, the two aim to make their dream of getting their manga serialized on Weekly Shonen Jump come true.

Komatsu's role is "Azuki Miho", whom one of the protagonists, Moritaka, falls in love with. Her dream is to become a voice actress, and she and Moritaka promise each other that they would get married when both of their dreams come true.

"She is a pure girl who has own strong will. I feel that she is an ideal girl for men," she explained about her role.

She continued, "I played the role with sympathy for her, since she works hard toward her big dream."

Komatsu also revealed she felt uneasy playing a voice actress, however, she said, "I asked the director for a lesson before the filming started. Since I was able to take a lesson from the professional, I think I could make progress by the time of filming."

Live-action film "Bakuman" is scheduled for release in 2015.