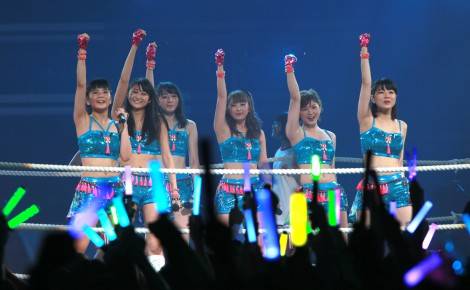 The leader of the group Wada Ayaka cheerfully greeted the audience, "The one to cause an excitement today here at Nippon Budokan will be us, S/mileage!" Fellow member Fukuda Kanon, who couldn't stop her tears from the start, followed her with, "We will liven up the stage while making 8,000 of your faces fully charged with smiles!"

S/mileage was first formed back in April 2009 consisting of former Hello! Pro Egg members. After their indie activities, they made their major debut with "Yume Miru 15-sai" in 2010.

One of the first generation members, Fukuda, who has experienced fellow members graduations, revealed her thoughts, "I have wished that I left the group with them. I thought about leaving many times and even searched for well-paid part time jobs. Even so, because of the fans' warmth, I still feel that it is such a happy thing to be able to stay as an idol. I would like to continue working hard to go further, to the bigger venues, so please show us the beautiful 6-colored glowing sticks!"

One of the second generation members, Nakanishi Kana also looked back over the past, saying, "There was a time I was kicked out during voice training, and I was scolded by the manager every day, but now that we are standing on the stage of Budokan, I think I was able to repay an obligation at least for a little bit."

During the live concert, the girls performed 23 songs including their new song "Chikyu wa Kyo mo Ai wo Hagukumu" (to be released on August 20 as double A-side single with 'Aa Susukino') and enthused over 8000 audience members.

To celebrate S/mileage's first live at the Budokan, other groups from Hello! Project that include Morning Musume '14, Juice=Juice, Berryz Kobo, and ?-ute visited the venue. Their producer Tsunku?, who is currently undergoing treatment for laryngeal cancer, also watched over the group's big moment. 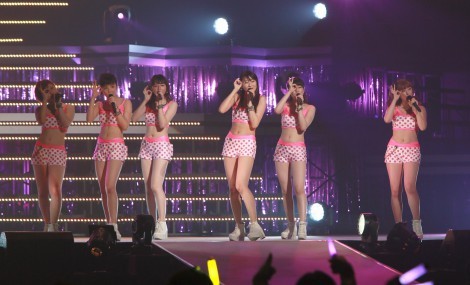 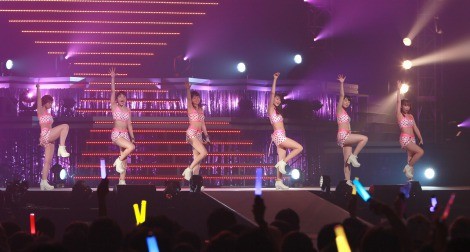