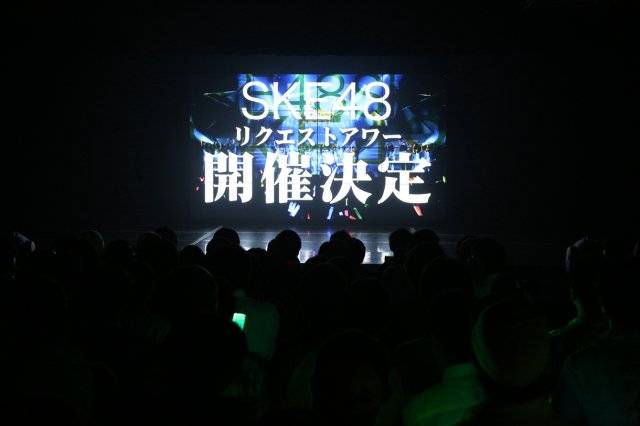 The event was announced on July 10 during Team E's 'Te wo Tsunaginagara' performance at SKE48 Theater in Aichi. After the show, the screen on stage announced this year's 'Request Hour 2014'. There was also a message by Team S member Sato Mieko, who sings last year's number 1 song "Anata to Christmas Eve".

'Request Hour' is a live event where the group performs their songs in countdown style according to the number of votes received from the fans. This year's candidate songs will be revealed on SKE48's official website in the coming days. A voting ticket will be enclosed in the group's single "Bukiyou Taiyou" which will be released on July 30. SKE48 Theater Manager Imamura Tetsuro revealed that the girls will be performing over 50 songs at this year's event.