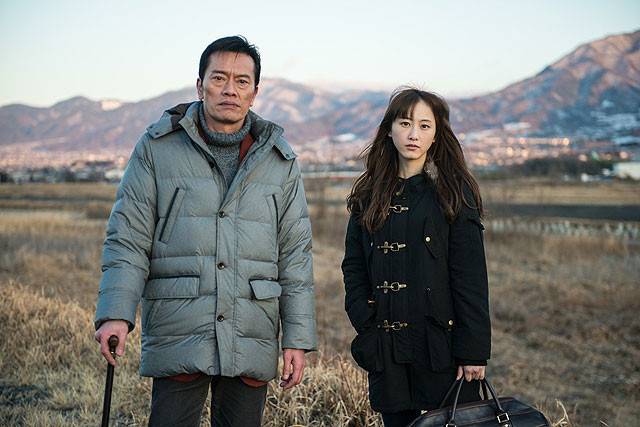 The movie "gift" starring SKE48 & Nogizaka46's Matsui Rena and actor Endo Kenichi, originally only shown in Aichi Prefecture, will be released nationwide from July 12 onwards in 9 theaters around Japan in cities including Tokyo and Osaka.

This movie is the first release from the project M Cinema, which features regions of Japan. The local people from the region promote the film and spread it nationwide.

In "gift", a lonely company CEO Shinozaki Zenzou (Endo) and a club hostess Yamane Saori (Matsui) go on a journey to bring gifts to the irreplaceable people in their lives.

The movie was released in 7 cinemas in Aichi Prefecture on June 14, ranking 5th in its first week on the mini theaters ranking (ranking for films released in less than 30 cinemas). As a result, it has also received many calls to be shown outside of Aichi. It has been announced that the movie will be shown in 9 cinemas including Tokyo Cinemart, and Shinjuku and Osaka Cinemart Shinsaibashi.

This marks the first time Matsui plays the lead in a movie. She commented, "Firstly, I am really thankful to all the people who watched this movie in Aichi. I am really happy that this many people watched my movie. I hope it will be a memorable work for all of the viewers." Endo also commented, "I want everyone in the country to watch over the story of the journey of two people who were 'not very good at life'."