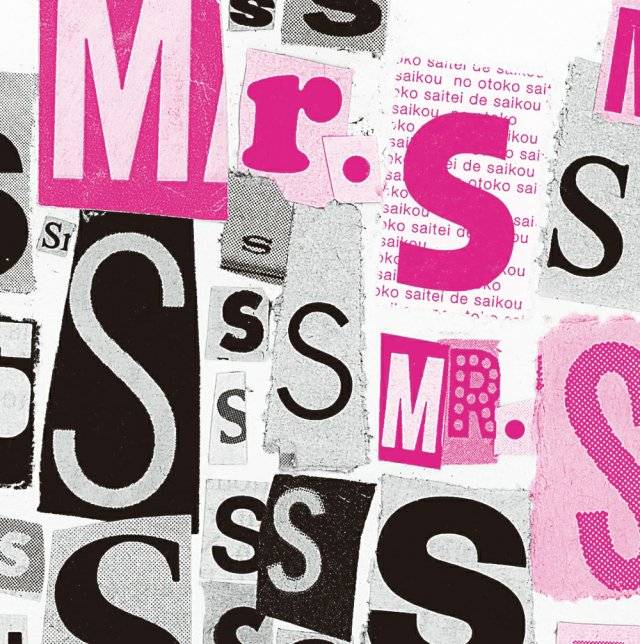 It's been revealed that SMAP will release their new album "Mr.S" on September 3. Starting the day after, September 4, the group will embark on a nationwide tour called 'Mr.S -SAIKOU DE SAIKOU NO CONCERT TOUR-'.

Both the album and tour have been established under the theme "Mr.S -SAITEI DE SAIKOU NO OTOKO-". The theme represents a mysterious man who has an adult dandyism who can change the atmosphere on the spot, and who can capture not only women, but men with that behavior. In addition, the man has two conflicting personalities, such as "energetic yet cool", "cute yet sexy", and "malicious yet kind".

"Mr.S" will be SMAP's 21st original album, and it's also their first since releasing "GIFT of SMAP" about 2 years ago. Although the track list has not been revealed at this time, it is known that it will come with 2 discs, and that it will come in 3 different versions: Limited Edition, Regular Edition, and Special Edition. The Limited Edition DVD will contain the PV for "Mr.S -SAITEI DE SAIKOU NO OTOKO-", while the Special Edition will include a clutch bag with a "Mr.S" logo.

As for the tour, SMAP will perform at 6 different domes: Tokyo Dome, Kyocera Dome Osaka, Sapporo Dome, Nagoya Dome, and Fukuoka Yafuoku! Dome. They are scheduled to perform for over 1 million guests in 22 locations. SMAP hasn't held a tour this big since 'Pop Up! SMAP -Tobimasu! Dobidasu! Tobisuma? TOUR-' in 2006.