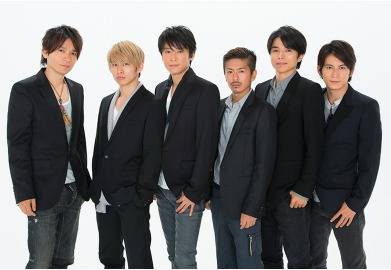 It's been revealed that V6 will release a new single titled "Namida no Ato ga Kieru Koro" on August 27.

This marks the group's first single in a year since they last released their previous single "Kimi ga Omoidasu Boku wa Kimi wo Aishiteirudarouka."

The title track for the single was composed by DOHZI-T, and it is said to be a sentimental ballad song. It is currently being used as the theme song for TV Asahi drama "Keishicho Sousa Ikka 9-gakari" which a member Inohara Yoshihiko makes an appearance.

They single will come with a limited edition A (CD+DVD) and B (CD+DVD), and a regular edition (CD-only). All editions will have "BEAT OF LIFE", the ending theme song to V6's regular show "Amazipang", as a coupling track. Additionally, only regular edition will include new songs "GOOD LIFE", "Bokutachi no Ashita", as well as the instrumental versions of all tracks.