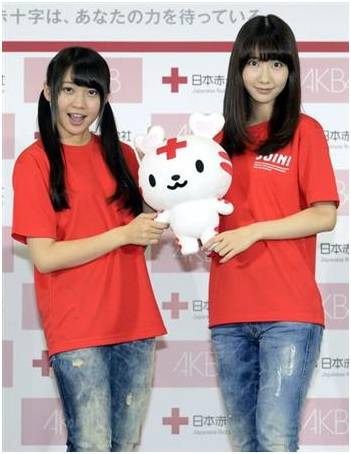 On August 28, AKB48's Kizaki Yuria (18) and Kashiwagi Yuki (23) appeared at Sophia University's Yotsuya campus in Tokyo for the launch of the Japanese Red Cross campaign "JOIN! Seikijuji wa, Anata no Chikara wo Matteiru."

When asked about the September 17 "5th Annual Janken Tournament," (in Tokyo at the Nippon Budokan), Kizaki answered "Because the winner will make a solo debut, I will give my all during the tournament." 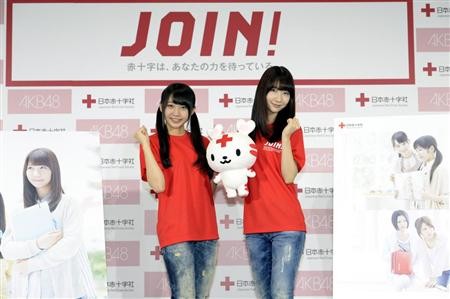