AKB48's sub-unit DiVA to disband within the year 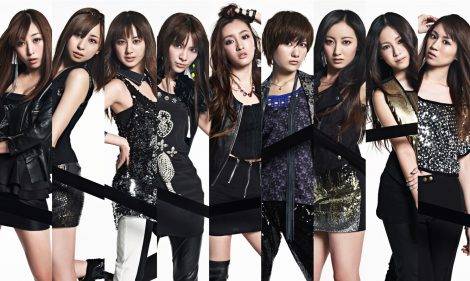 On the late-night radio show "AKB48 no All Night Nippon" broadcast on August 13, Miyazawa Sae and Umeda Ayaka announced that AKB48's sub-unit DiVA will disband within the year.

DiVA was originally formed with AKB48's 2nd generation members Miyazawa, Umeda, Akimoto Sayaka, and Masuda Yuka back in February 2011, and they made their major debut in May under avex. In December of the same year, DiVA became a 10-member unit with additional 6 dancers from the public.

Back in January 2013, one of the original members Masuda withdrew from the unit, soon after she left AKB48 in December of 2012. Then Akimoto, who graduated from AKB in last August, announced that she would continue her activities in DiVA, however, as both Miyazawa and Umeda transferred to different sister groups, it became harder for the members to maintain their activities in the sub-unit.

Before their disbandment, DiVA will change their name to "DIVA", and will release their 4th single, the first single in 2 and a half years, on October 8. The single will be written, composed. and arranged by Komuro Tetsuya.

They will also release their first and last album, and there will also be a live concert before they disband.

On the radio show, Miyazawa made a phone call to Oshima Yuko, a former AKB member who graduated in this June, and offered her a chance to write lyrics for the unit's last album. Though Oshima was hesitant about accepting the offer first, saying she has never done it before, she agreed in the end.

There was also another big announcement which was that Masuda would be returning to the unit for their last single. Miyazawa said, "Having Masuda Yuka, we will be performing with 10 full members."

Also, Miyazawa clearly stated, "We will give you the last single, album, and live concert, that will all be the best ones."

SixTONES's new song to be used in Japanese-dubbed version of movie 'Spiderman: No Way Home'
2 days ago   0   500