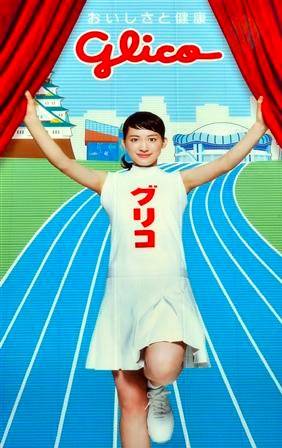 The 'Glico signboard', located in Dotonbori, Osaka, is currently undergoing a renewal. A special signboard recently went up featuring actress Ayase Haruka raising her arms as she finishes a race instead of the iconic Glico running man.

During the construction period, Ezaki Glico wanted visitors to enjoy Dotonbori and came up with a special project. As such, they chose Ayase to take over the spot for a limited time.

Ayase, who is the brand's image character, showed off her Glico pose during the opening ceremony of Ezaki Glico's facilities for a factory tour 'Glicopia East'. Her signboard has received favorable reception by passersby and visitors.