Ikuta Erika to be the center for Nogizaka46's 10th single 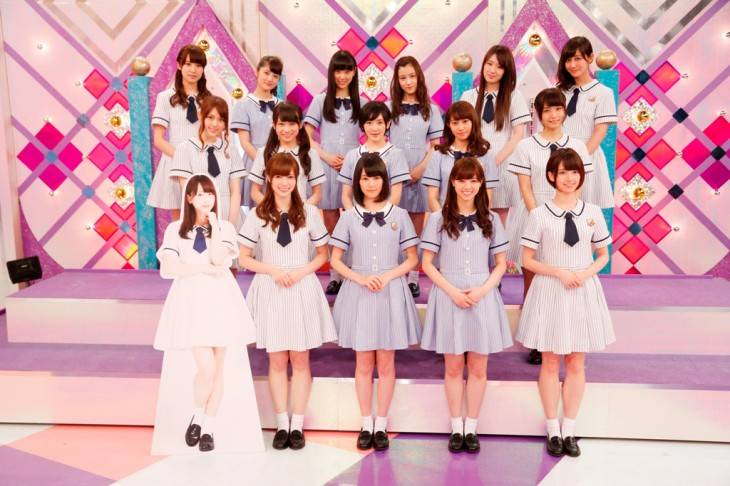 The senbatsu members for Nogizaka46's 10th single, which is scheduled to be released this fall, was announced on the August 3 broadcast of TV Tokyo's late-night program 'Nogizaka tte, Doko?'.

Nogizaka46's two last singles "Kizuitara Kataomoi" and "Natsu no Free&Easy", both with Nishino Nanase as the center, were a big hit. The senbatsu members for their 10th single will have a total of 16 members with 5 members in the front row, 5 in the middle, and 6 in the back. The "fukujin" members, who will have a lot of media exposure will consist of the members in the front and middle rows.

The center position for the new song will be claimed by Ikuta Erika, who put a halt to her activities earlier this year in order to focus on her studies. While it was already announced that she would be resuming her activities this fall, she was stunned by the unexpected news, "It was completely unexpected... I've been gone for a while, so it hasn't sunk in yet..." Since this will be her first time serving as the center, she enthusiastically said, "I have mixed feelings about being suddenly put in this spot [center] after my return. It may even seem shameless, but I hope to show the power that I possess."