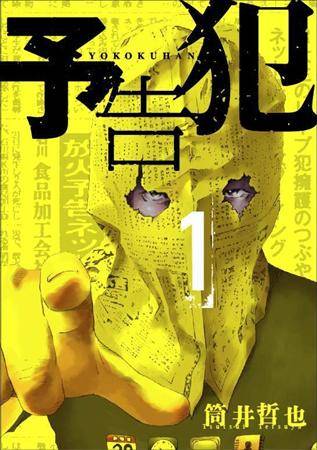 It has been announced that Ikuta Toma (29) will play the lead role in the live-action movie adaptation of 'Yokokuhan' (directed by Nakamura Yoshihiro), which will be released early next summer.

"Yokokuhan" is originally Tsutsui Tetsuya's manga serialized in monthly manga magazine "JUMP Kai" (Shueisha) during 2011 to 2013. It depicts terrorism on the internet.

Ikuta will play the role of "Gates", who is the leader of a crime-for-justice organization known as 'Shimbunshi' that announces their crime notices by uploading videos filmed while wearing masks made of newspapers. They target the "wickedness" that are not judged by laws and punish them.

Meanwhile, Toda Erika (25) will play "Yoshino Erika", an elite policewoman tasked to go after Gates. On working with Toda for the first time, Ikuta commented, "She is an actress who draws people in naturally. I am excited to duel with her in the movie."

The filming for the movie is said to begin in this fall.