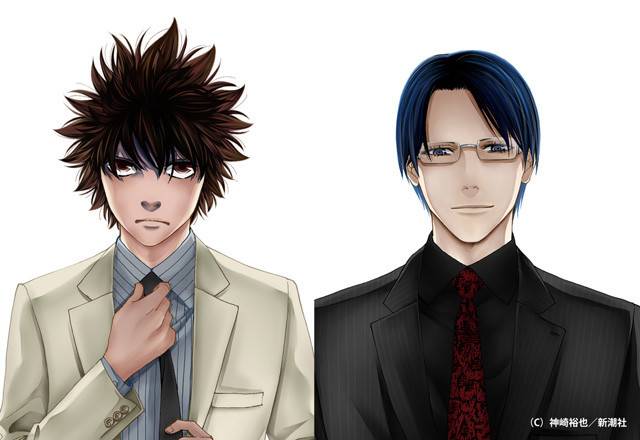 Actors Ikuta Toma and Oguri Shun will be teaming up for TBS' upcoming drama "Ouroboros". This marks their first time in 8 years to co-star with each other since Fuji TV's 2007 drama "Hanazakari no Kimitachi e ~Ikemen?Paradise~".

Ikuta plays "Ryuzaki Ikuo" who is usually a dull detective, but once his "switch" is turned on, he demonstrates his great fighting ability. On the other hand, Oguri plays Yakuza member "Danno Tatsuya," who has clarity of mind and gets on in life using his intelligence.

Ikuo and Tatsuya witnessed the murder of their beloved "Yuiko-Sensei" who took care of them at an orphanage as if she was their big sister. Though they tried to testify to the police as the eyewitnesses, it was hushed up by an unknown police official, and the two decide to avenge her.

Fifteen years later, one becomes a detective and the other a member of the Yakuza. By teaming up secretly with each other, they try to reveal the darkness of the police.

Ikuta, as a big fan of the original manga, commented, "I always thought that if I ever got a chance to play 'Ikuo', 'Tatsuya' must be Oguri Shun-san. As it is coming true, I can't stop my excitement. I truly feel happy that we can co-star with each other again after going through several experiences since 'Ike-para'."

The drama will begin airing in January 2015 on TBS, but the exact date has not been decided yet.