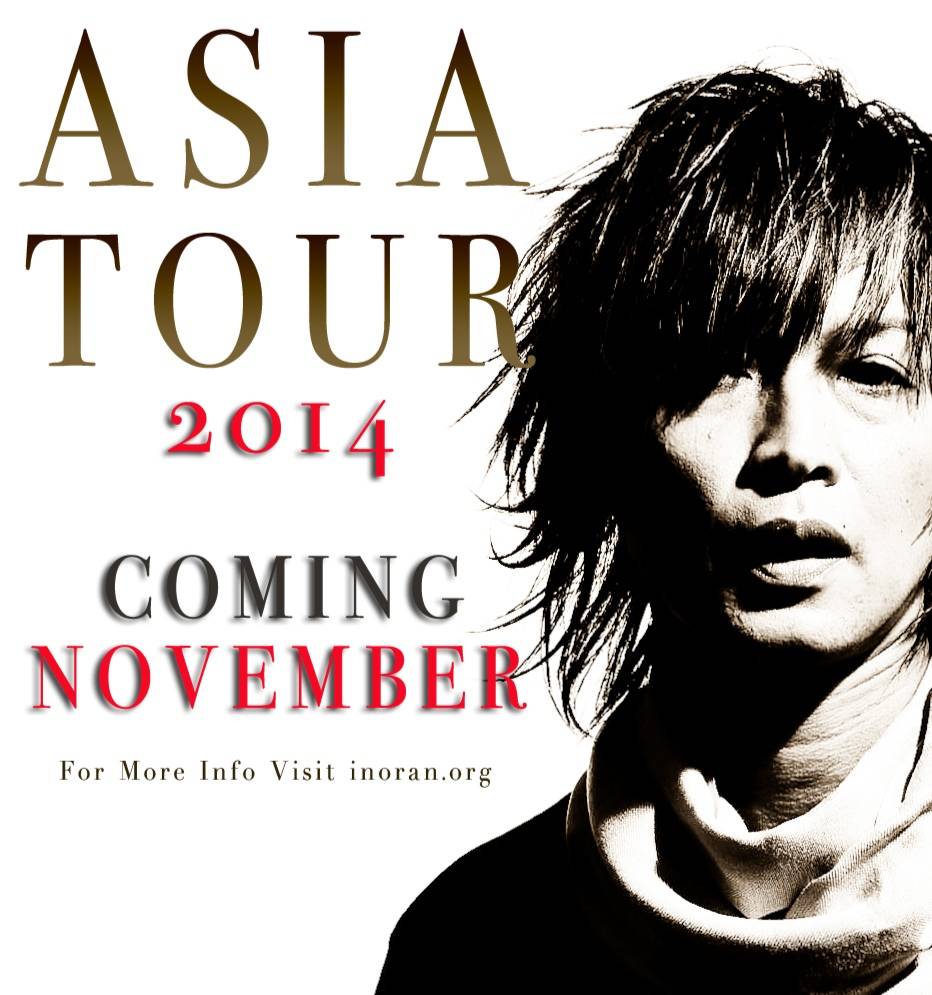 INORAN has just announced his ASIA TOUR 2014 to be held in November. Further

detail will be announced soon.

shows in 16 cities, INORAN, as a solo artist, set out for overseas as well.

Stay tuned for his next announcement.