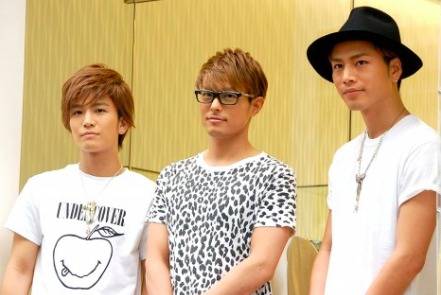 While their appearance was not specifically announced, a large number of women gathered in front of the store and cheered excitedly. While the members attempted to hold a talk show, their voices were drowned out by screams and shouts of "handsome" and "look this way".