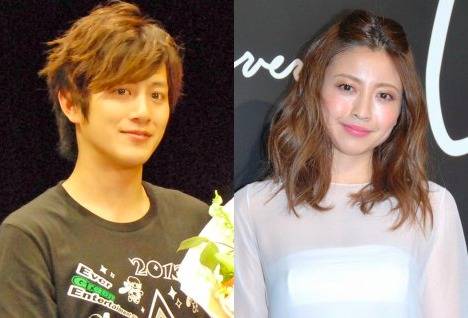 Recently, rumors have surfaced that actor Mizobata Junpei (25) and actress Katase Nana (32) are in a relationship.

On August 6, Mizubata updated his official website stating, "Katase-san is my senpai in the entertainment industry, and she listens to my talk about work. As a result, we have become close."

While Mizobata neither admitted or denied the rumors, he apologized, "I'm sorry to have caused people trouble with reports about my personal life at this time." Since there have also been reports about the two planning their marriage, he firmly stated, "Work is my top priority right now, so it's quite different from certain details in the reports."

He further added, "While facing my work fervently, I hope to devote myself daily to things I must do as an actor." He concluded with a message to the fans, "I will do my best to become an appealing actor whom people will support no matter what role I play, so please continue to cheer me on."

Meanwhile, Katase's agency denied dating rumors saying, "We have heard that he is one of her good friends."