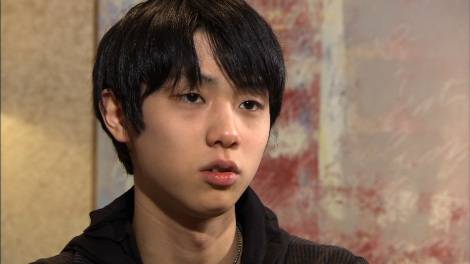 Olympic figure skating gold medalist Hanyu Yuzuru will be participating in NTV's annual telethon "24 Hour TV 37 Ai wa Chikyuu wo Sukuu" and performing some of his routines via live broadcast.

Hanyu will perform his program "Romeo and Juliet" which took home 3rd place at the 2012 World Figure Skating Championships after he suffered through the 2011 Tohoku Earthquake disaster. Hanyu will bring tears to the audience again with this beautiful and strong program after his brilliant win at the Sochi Olympics earlier this year.

Furthermore, there will be video footage of him taken over 3 years from the earthquake to the Sochi Olympics. Upon revisiting the gym in which he had taken shelter right after the disaster, Hanyu recalled his internal conflicts: "Many victims are struggling and yet I am here skating. Is that really all right?" He also talked about how he shared onigiri with his family during those harsh times.