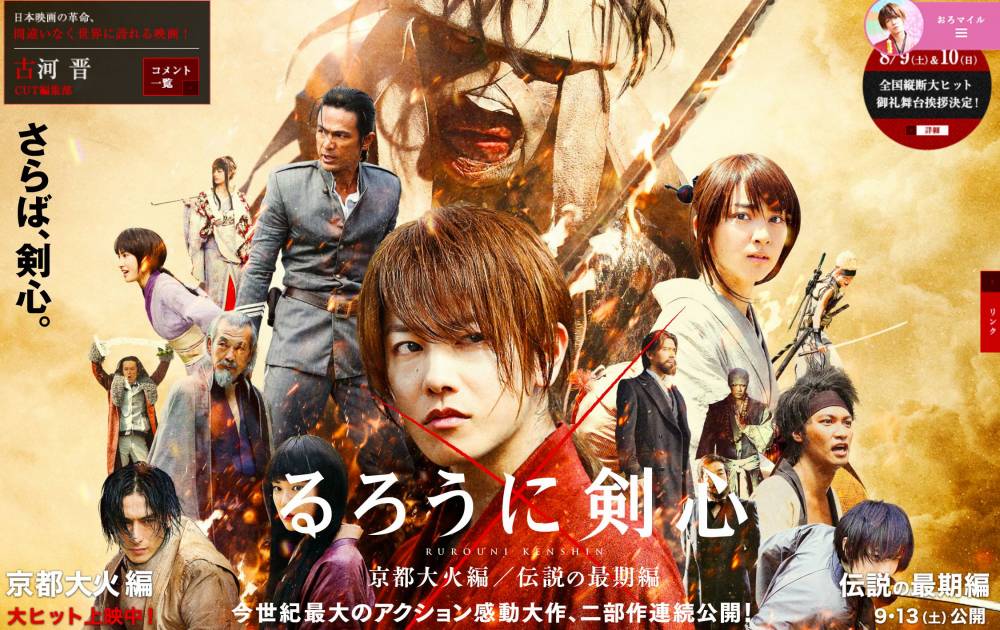 Including the premiere in Manila on the 6th, Sato will be touring 11 cities in two countries until August 10th. After returning to Japan on the 8th, he will be visiting Fukuoka, Hiroshima, Osaka, Kyoto and Nagoya on the 9th, and Sapporo, Sendai, Morioka, Saitama and finally Tokyo on the 10th. While co-stars Takei Emi (20) and Aoki Munetaka (34) will also attend the Asia Premiere, only Sato and director Otomo will go on the Japan nationwide tour as it include Otomo's hometown Morioka and Sato's home town Saitama.

Sato commented, "This is a movie we made for the world. After taking in critics for the first movie, the sequel will be even better. I am happy to be able to have our premiere in all these places."