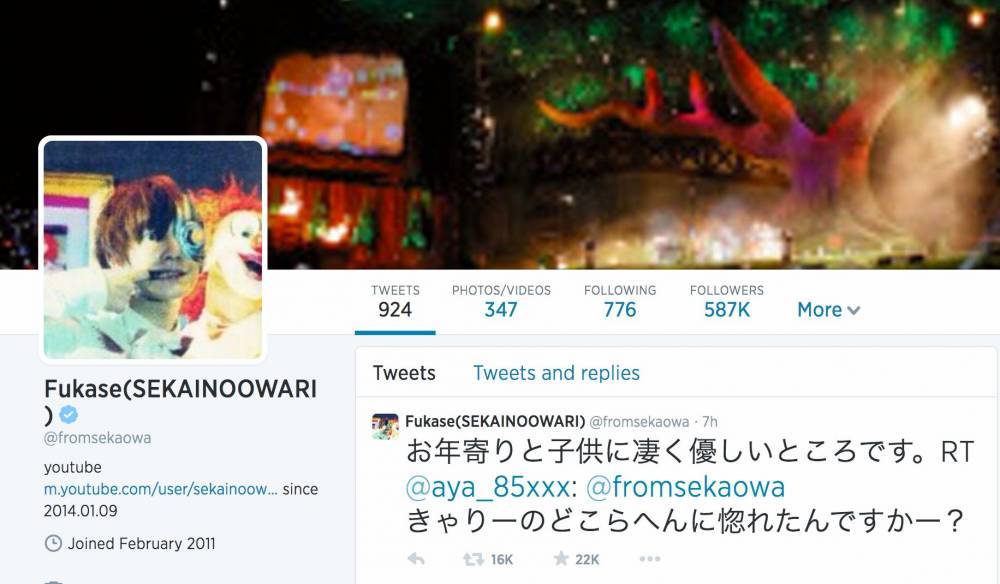 Fukase (28), the lead singer of 4-piece band SEKAI NO OWARI, has admitted to dating Kyary Pamyu Pamyu via Twitter on August 12 in Japan time.

The two were reported to be dating in June 2013, but did not admit to the rumors. Fukase tweeted on August 12 that he was at a beer garden, to which a fan asked, "With Kyary-chan?!". "Well, yes." Fukase answered. Another fan then asked, "Are you dating?" to which Fukase answered frankly,  "Well, yes." Furthermore, he also added that they had been dating for 2 years.

When asked what he likes about Kyary, Fukase tweeted, "The fact that she is nice to elderly people and children."
Even though Fukase was tweeting all of this in the middle of the night, the tweets have stirred up netizens. In particular, the tweet in which he had admitted to dating Kyary Pamyu Pamyu was retweeted 13,000 times by 3:00AM on August 12th, just hours after it had been posted.