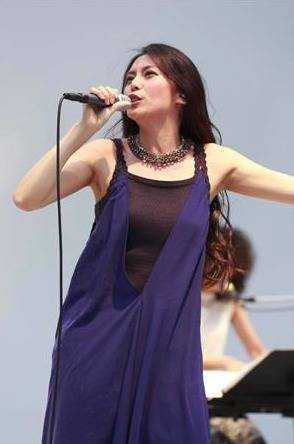 On August 30, actress and singer Shibasaki Kou held a free live at Lazona Kawasaki to commemorate the release of "Aoi Sora" which is her first single after transferring to Victor Entertainment.

This marked Shibasaki's 2nd time holding a free live. The last time she held a free live was back in October 2012. She expressed, "I didn't think that this many people would come, so I'm surprised!" While she sang only 3 songs, such as "Aoi Sora" and "Tsuki no Shizuku", she seemed to want to sing more. "I want to hold a tour next year," she said.

After the live, Shibasaki interacted with the crowd by handing out 3,000 specially made fans.