Winner of AKB48's 5th 'Janken Tournament' to get a solo debut 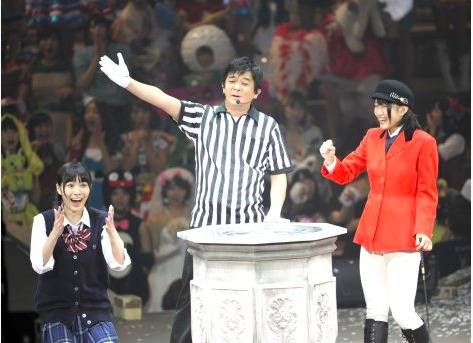 On August 6, AKB48 revealed through their official website that their 5th 'Janken Tournament' will be held on September 17.

Like previous times, regular members of AKB48, as well as AKB48 members who hold concurrent positions in other groups will automatically move on to the final round. As for AKB48 kenkyuusei, along with members of Team 8, SKE48, NMB48, and HKT48, they will be participating in a preliminary round called 'AKB48 Group Natsu Matsuri' on August 8 at Makuhari Messe.

Winners of previous years include Uchida Mayumi (2010), Shinoda Mariko (2011), Shimazaki Haruka (2012), and Matsui Jurina (2013). They have all claimed center for the group's single released in December of the same year.

It was also announced by AKB48 group general manager Kayano Shinobu that the winner of this year's tournament will get their solo debut. If a member who already had their solo debut wins, they will get to hold a solo concert.