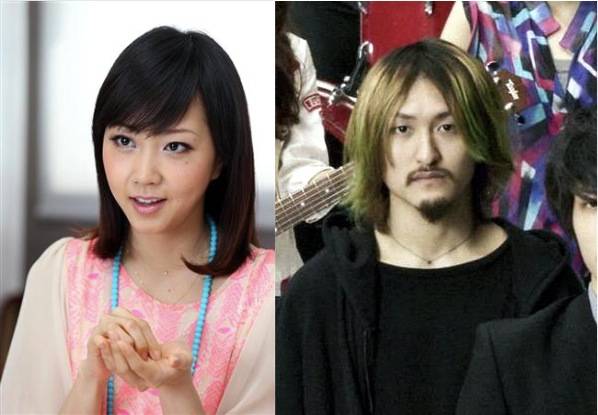 On September 28, it was reported that actress Kinami Haruka (29) is in a relationship with ONE OK ROCK bassist Ryota (25).

According to several sources, Kinami is a big fan of ONE OK ROCK and has been seen frequently at their live concerts. The band is good friends with actor Sato Takeru through the movie 'Rurouni Kenshin', and are often invited to dinner parties held with various actors. It was at one of those dinner parties that Kinami and Ryota met.

It is said that the couple is rather public with their relationship. Ryota's Instagram account name "ryota_0809" includes Kinami's birthday, August 9. Likewise, fans have recently spotted Kinami cheering at ONE OK ROCK's concert on September 13.

A person who is acquainted with the two affirmed, "Even at parties after concerts, Kinami-san is sitting next to Ryota-san. They are a really close couple." While they both lead busy lives, they're said to spend time at each other's houses on their days off.

Kinami will play the lead in the stage play 'Kiseki no Hito' which will run from October 9 to 19 at The Galaxy Theater. She will also star in the upcoming movies 'Clover' (November 1 release) and 'Omoi Nokoshi' (November 22).

On the other hand, ONE OK ROCK recently held their first outdoors stadium live on September 13 and 14. The band is scheduled to set out on their world tour on October 22.