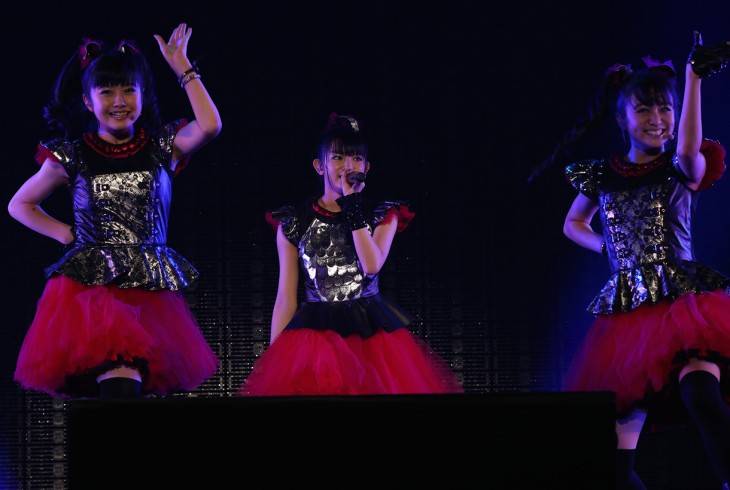 BABYMETAL will hold a one-man live at Saitama Super Arena on January 10, 2015.

This was announced on September 13 at Makuhari Messe which marked BABYMETAL's return from their world tour 'BABYMETAL WORLD TOUR 2014'. The announcement was made as the title of the live, "LEGEND "2015" ~Shinshun Kitsune Matsuri~", was displayed on the screen. Upon hearing the news, the crowd of about 8,500 people screamed in excitement.

BABYMETAL will hold another concert at Makuhari Messe on September 14.