Bakarhythm to write the script for Takenouchi Yutaka's starring drama 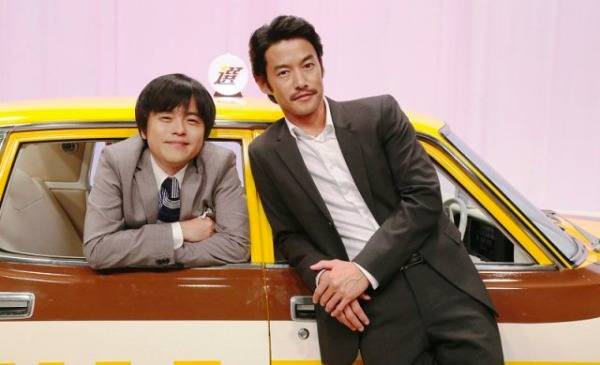 Takenouchi plays the role of 'Edawakare' who is the driver of a "Sen TAXI". This taxi is a mysterious vehicle that is able to take its passengers to any point in the past in which they wish to return to. Passengers who become aware of the taxi's ability can pay a fee for a chance to start their life over.

Bakarhythm will also be making an appearance in the drama as the manager of a cafe that Edawakare frequents. The passengers of Edawakare's taxi is said to be played by various well-known actors.

Bakarhythm commented, "It would make me happy for people to think, 'It was funny, I want to watch it again next week.' I will be starring in it as well, so I will say it out loud that I by no means used my position as a scriptwriter [to get the role]." Meanwhile, Takenouchi said, "I am interested in seeing what will become of Bakarhythm's conversation drama and power of free thought when made into visual form. I'm even more excited than the viewers."

'Suteki na Sen TAXI' will broadcast every Tuesday at 10:00 pm. The premiere date has not been revealed at this time.