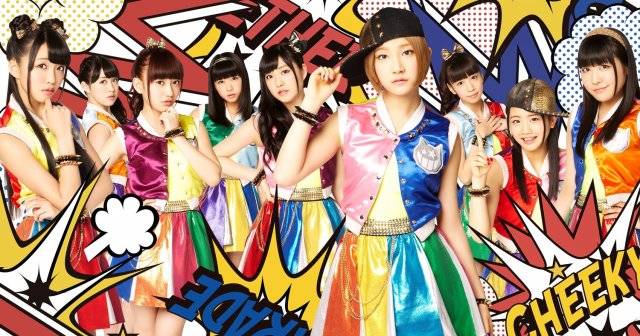 Cheeky Parade will wrap up their tour 'NINE LIVES TOUR~ROAD TO NY~' with a concert in New York in October. It's been announced that this concert will be held as a linked event with the music festival 'The 3rd Annual CBGB Music & Film Festival', which will be held in New York starting on October 8.

'CBGB Music & Film Festival' is both a music and film festival that is named after the live house 'CBGB'. Cheeky Parade will be among the various artists who will be performing at the event.

Upon hearing the news, leader Sekine Yuna commented, "None of the members have ever been to New York, and now, Cheeky Parade will be performing in an event where many artists who are successful worldwide perform. It hasn't hit me yet. I am deeply grateful that we will hold the last show of our nationwide tour in New York and that we will perform on such a wonderful stage. We hope to perform with all that we have!"

More details on Cheeky Parade's concert will be revealed through their official website at a later date.