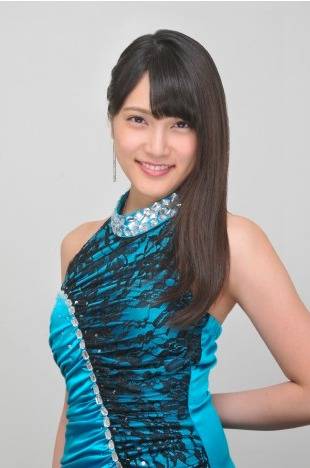 Based on a manga by Kurashiona Ryo, 'Kurofuku Monogatari' tells the story of 'Ogawa Akira' (played by Sexy Zone's Nakajima Kento), a young man who fails the entrance exam for medical school multiple times. He stumbles across an Ikebukuro hostess club named 'Juliet' and begins working there as a black-suited staff member. Iriyama will play 'Seiko', one of the hostesses that work at 'Juliet'.

Although 'Seiko' has a cute personality, she has a rather malicious tongue when talking with other girls. On her first time playing the role of a hostess, Iriyama commented, "I will do my best to be as close to a real hostess as possible!" She continued, "I have caused everyone to worry, but I'm fine now! I am filled with joy that I will be able to show everyone my healthy self and that I will be able to work in a drama."

In addition to Iriyama, the other hostesses at 'Juliet' will be played by Sasaki Nozomi and Kashiwagi Yuki. "The night life is a new adult life that I've never experienced before. Although I am anxious about playing the part, I am looking forward to it," Iriyama said.

'Kurofuku Monogatari' will air every Friday nights at 11:15 pm starting in October.