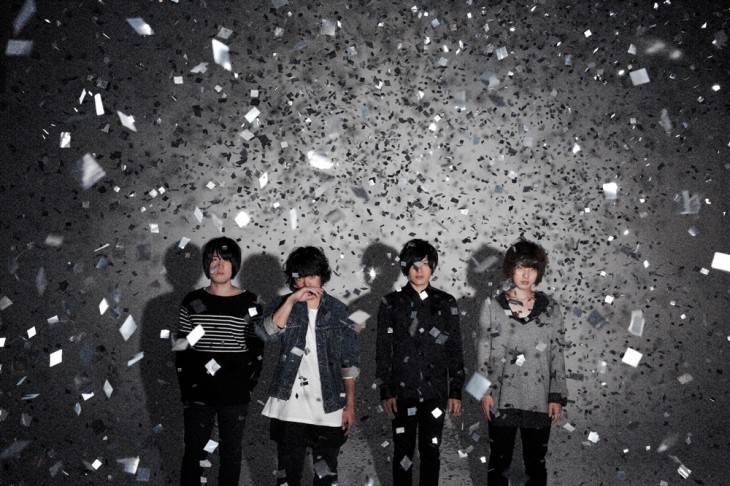 It's been revealed that KANA-BOON will hold their first arena concerts at Osaka-jo Hall and Nippon Budokan in March of 2015. In addition, they will release their new song "Silhoutte", which was picked up as the ending theme for anime 'NARUTO Shippuden', on November 26.

Performing at an arena has been a dream of the band's since before their debut. Their upcoming arena concerts will titled 'KANA-BOON no Touru Touru Come Touru TOUR 2015 ~Yume no Arena Hen~', and they will be held on March 23 at Osaka-jo Hall and on March 31 at Nippon Budokan. Prior to these concerts, they will hold a tour centering around CLUB QUATTRO venues, called 'KANA-BOOM no Touru Touru Come Touru TOUR 2015 ~Quattro Datte ba yo! Hen~', in February. This tour will be held for those who purchase their new single

In addition to the title track "Silhouette", KANA-BOOM's new single will include "Wakarazuya" and "Baka" for a total of 3 songs. It will be released in a special edition and a regular edition. The special edition, called 'Okugi! KANA-BOON Chou Gattai BOX', will come packaged with a CD, a DVD including 9 songs from their live DVD 'KANA-BOON MOVIE 01 / KANA-BOON no Gotouji Gourmet One Man Tour 2014' (also to be released on November 26), a 2014 calendar note, and a bonus 'Doudemo Ii Omake 002'. The first press regular edition will enclose a 'NARUTO' wide cap sticker and a bonus 'Doudemo Ii Omake 002'.