Kanjani8's new album to be released in November 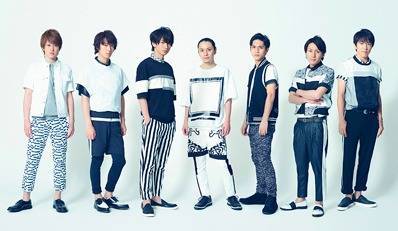 This comes about a year after their last album "JUKE BOX" was released. Its track list consists of 14 songs which include "Kokoro Sora Moyou", "Hibiki", "King of Otoko!", "Omoidama", and "ER2". The regular edition will come with a special CD containing 4 songs by Kanjani8's special unit.

While Kanjani8 will release a new single called "Itta Janai ka / CloveR" on October 15, these songs will not be included in the new album.

Shortly after the album's release, Kanjani8 will hold a dome tour which will run from November 16 to January 12, 2015.

SixTONES's new song to be used in Japanese-dubbed version of movie 'Spiderman: No Way Home'
4 hours ago   0   189