'Kyou Kara Hitman' to be adapted into a mobile drama 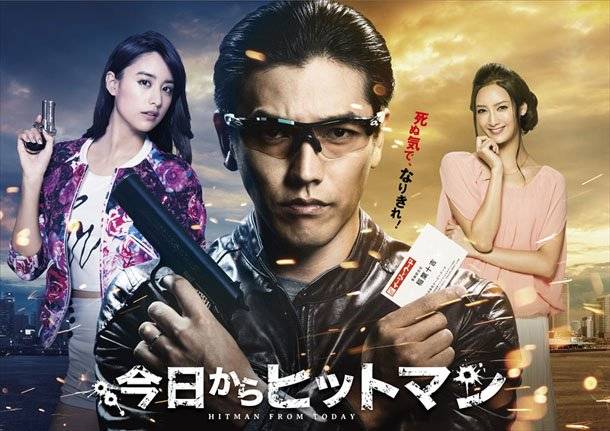 Muto Hiroshi's manga 'Kyou Kara Hitman' will be getting a drama adaptation. It will broadcast as a 4-episode drama via movie streaming service 'dVideo powered by BeeTV' starting on October 1.

'Kyou Kara Hitman' tells the story of a salaryman named 'Tokichi' who becomes the successor of a legendary hitman due to an incident. In the drama, 'Tokichi' will be played by Kaname Jun, his partner-in-crime 'Chinatsu' by Yamamoto Mizuki, and his wife 'Misako' by Nanao.