'Legal High' to return with a special drama in November 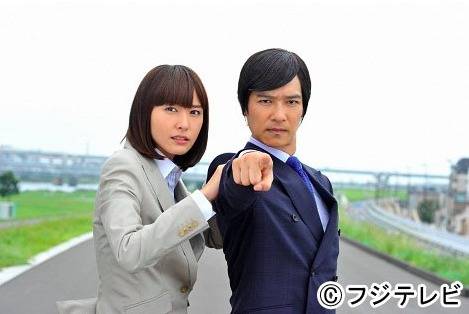 Fuji TV drama 'Legal High' will be returning with a special drama on November 22.

In the drama series, Sakai Masato played the eccentric lawyer named 'Komikado Kensuke' who has never lost a lawsuit in his career, and Aragaki Yui played 'Mayuzumi Machiko', the serious rookie lawyer with a strong sense of justice. Both actors will be back to reprise their roles in the special drama.

On his "4th" time playing the role of 'Komikado Kensuke', Sakai commented, "As an actor, it is a great joy to be able to participate in a long-lasting work like this. I would like to express my gratitude again to everyone who loves this drama."

Aragaki also expressed, "This is my first time playing the same role in a series for a long period of time. Although I am both surprised and nervous, I am happy to be able to participate in a drama that many people love."

The special drama will be set at a major general hospital where Komikado and Mayuzumi will take on a malpractice lawsuit.