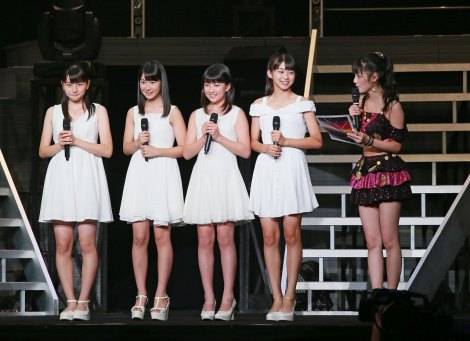 The 4 members who have been chosen among 8,000 applicants are Ogata Haruna (15) from Osaka, Nonaka Miki (14) from Shizuoka, Makino Maria (13) from Aichi, and Haga Akane (12) from Nagano. They are the first new members in 2 years since Oda Sakura, the 11th generation member, joined the group.

When the leader Michishige Sayumi introduced them on the stage, the 10,000 audience members welcomed them with loud cheers. 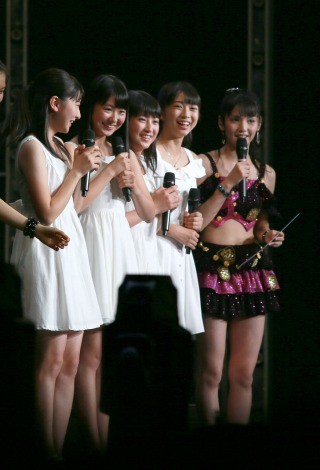 Both Makino and Haga were selected from Hello! Pro Kenshuusei.  Makino was one of the finalists of the 11th generation member audition, but she could not make it. So, she acquired lessons as a part of Kenshuusei for the past 2 years. Haga, who has great calligraphy skills, is also acknowledged among fans as a Kenshuusei.

Ogata is good at figure skating as she has been taking lessons since she was 5, and Nonaka can speak English fluently as she used to live in Alabama and Illinois because of her father's business. When she introduced herself in English, Michishige was amazed and said, "You are great, but all I understood was 'Morning Musume' and 'Thank you'!" 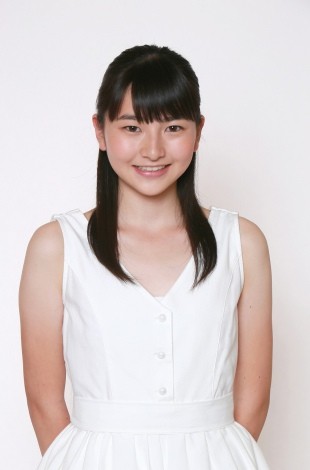 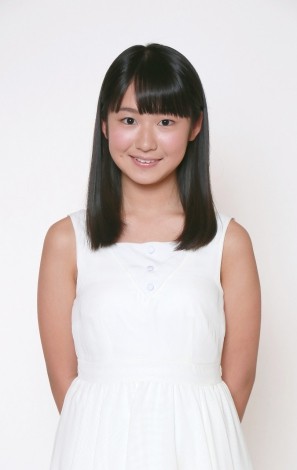 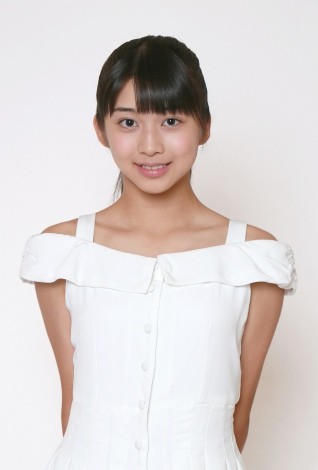 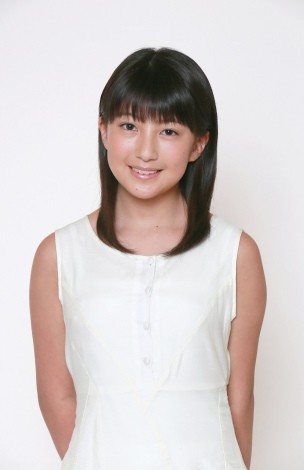 It was also the first time the current members met the new members. Sayashi Riho said, "They seem to have plenty of guts even though this is their first stage. I wonder who would come out as the center...I'm not feeling nervous, but I need to do my best not to lose to them." Michishige also commented, "All 4 of them are really pretty, and they are my type of girls. It's too bad I am graduating, but I am looking forward to seeing how Morning Musume would grow from now on." 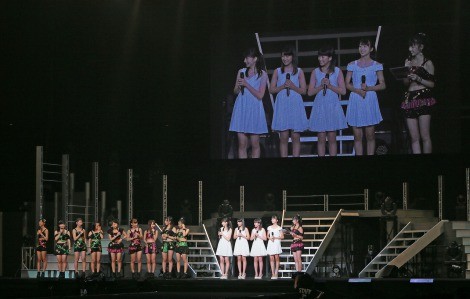 There was also a segment in which Michishige read a letter from Tsunku?, the producer who could not visit the concert, to the new members.

These 12th generation members will continue joining the tour to greet the audience and will also hold handshake events. They, then, will begin their activities as the members of Morning Musume '15, starting the new year.

The leader Michishige will be graduating from the group after the final stage of this tour at Yokohama Arena on November 26.