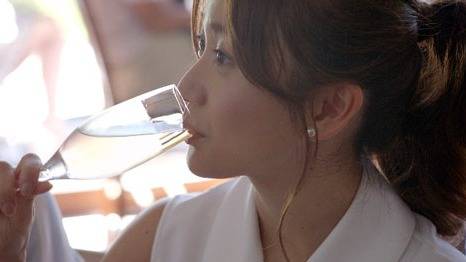 Actress Oshima Yuko will be appearing in the new CM for Choya Umeshu's 'Sararitoshita Umeshu' as its 5th generation character.

Previous CM characters for 'Sararitoshita Umeshu' were Kurotani Tomoka, Ito Misaki, Maiko, and Higa Manami. In the new CM, Oshima sings the well-known CM song and makes a toast with a large number of friends.

During an interview after the CM shoot, Oshima commented on her future activities, "I want to challenge everything." She also revealed, "Since I was chosen as the new character for 'Sararitoshita Umeshu', I want to learn how to cook dishes that I can pair it with."

The new CM will begin its broadcast on September 5.