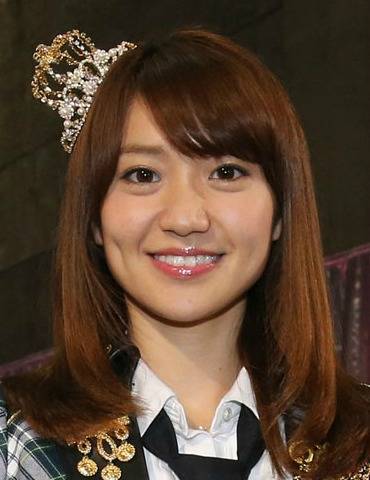 On September 10, Oshima Yuko appeared on Nippon Broadcast's 'AKB48 All Night Nippon' where it was announced that she would be making her stage acting debut.

At the beginning of the show, program writer Suzuki Osamu made a guest appearance and sounded out Oshima's opinions of acting on stage. He had already received permission from Akimoto Yasushi who advised him to ask Oshima in person.

According to Suzuki, Oshima will play one of the roles in a two-person stage show. Regarding the role that was assigned to Oshima, he commented, "She's a woman who is burdened with life. A rather crazy role."

Although Oshima was aware that she was offered to act on stage, she didn't know the details of it. "What? Only two people? But I'm still a [stage] virgin," she hesitated, but seeing that Suzuki was determined to get her to accept the offer, she responded, "I will make my decision before the show is over."

Oshima waited until the very end of the show to give her reply. Finally, she announced, "I, Oshima Yuko, will give my stage virginity to Suzuki Osamu-san."

Gesu no Kiwami Otome. to celebrate their 10th anniversary with a best-of album & concert at Makuhari Messe
4 days ago   0   248