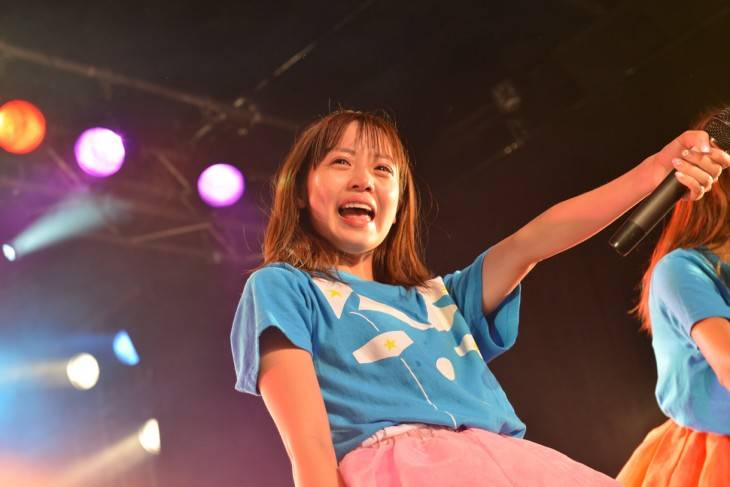 PASSPO?'s Okunaka Makoto has announced her graduation from the group.

This announcement was made on September 28 during the Tokyo concert for PASSPO?'s nationwide tour at Shinjuku BLAZE. Okunaka took the microphone after the encore and explained in tears, "While my activities in PASSPO? were fun, I started to become impatient about my future. I want to be more active as an actress someday. I became increasingly impatient toward my dreams. I wanted to challenge myself on yet another stage. This is the biggest decision I've ever made in my life. I don't know whether the path I chose is right or wrong, but I want to be able to think that it was right because it's a choice that I made myself. Please continue to support both PASSPO? and Okunaka Makoto."

Okunaka began her activities as a PASSPO? crew in 2009. She has also worked hard as an actress, landing the heroine role in 2012's 'Kamen Rider Wizard'.