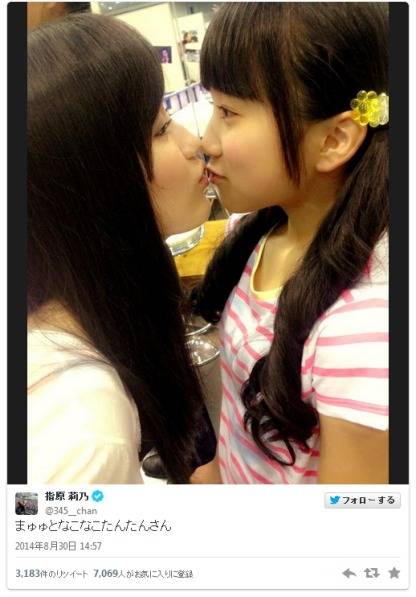 Sashihara uploaded the image onto her Twitter, saying, "Mayuyu and Nakonakotantan-san." In the picture, you can see a side view of the girls looking at each other as their lips slightly touch. The tweet has already received over 7,000 favorites and 3,000 retweets.

Currently, Watanabe is 20-years-old, while Yabuki is only 13. This age gap caught the fans attention, and they voiced their concerns with comments such as, "Won't Mayuyu-san get arrested? I hope she's okay," "Mayuyu-san, that's an offense," and "Aiya~! I can't watch (/??*) I'm embarrassed."