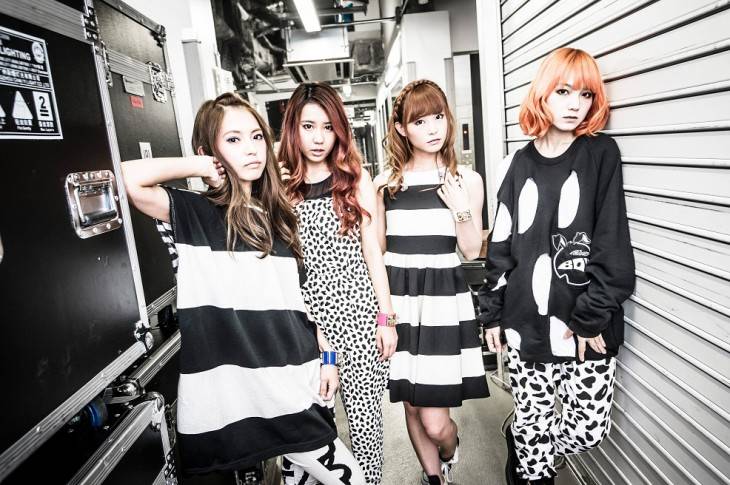 SCANDAL will release their new single "Image" on November 19, and their new album "HELLO WORLD" on December 3. They will also embark on a live tour called 'SCANDAL WORLD TOUR 2015?HELLO WORLD?', which includes concerts both inside and outside Japan, early in the New Year.

This was announced on September 28 during their live at Dojima River Forum in Osaka. The crowd gave their loudest cheer of the night upon hearing this series of good news.

"Image" is a rock tune that's written and composed by MAMI (G, Vo). As a special favor, the single will come with a photo book called 'Bessatsu?Chou SCANDAL'. Meanwhile, their album "HELLO WORLD" will include new songs that the band has already performed at their lives, as well as songs that the members wrote and composed themselves. It will be released in 4 different types: Complete Production Edition (with original t-shirt), Limited Edition (CD+DVD), Regular Edition (CD-Only), and Analog Edition. More details will be revealed at a later date.

SCANDAL's upcoming tour will kick off on January 24, 2015 at Atsugi-shi Bunka Kaikan (Kanagawa) hosting a total of 31 shows. The tour will also include shows in the United States, France, England, Hong Kong, and Taiwan. These dates will be announced in the near future.

Thanks to sillentdx for the tip!