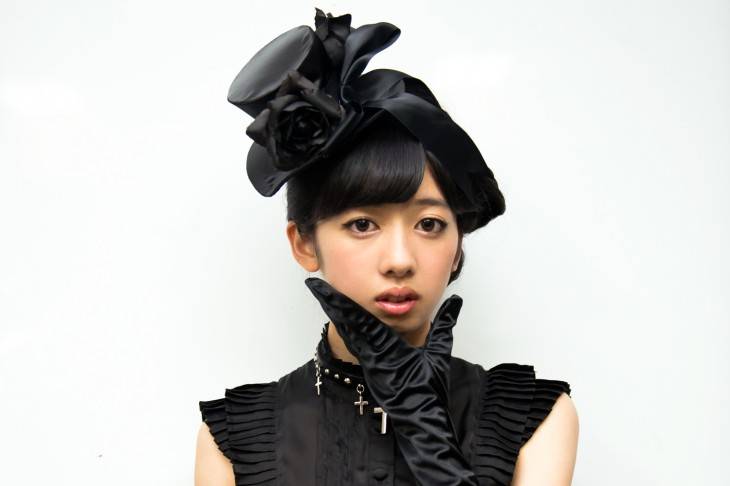 It's been revealed that Shiritsu Ebisu Chuugaku member Mayama Rika will be making her solo debut with the song "Liar Mask", which will be used as the opening theme for the tv anime 'Akame ga Kill!'.

This was announced on September 1 via a Ustream broadcast. Mayama herself was not notified of her solo debut, so when she was approached by the staff of 'Akame ga Kill!' during the broadcast, she was filled with surprise and excitement. Then, Mayama called her mother to report the news, "Mama, I don't think you know about anime, but it's 'Akame ga Kill!'. Yukarin-san is in it!" In high spirits, she reported the news of participating in an anime that stars Tamura Yukari, whom she admires, as an "anime singer."

In order to take her solo artist photos, Mayama was taken into a different studio. During interviews between the shoots, she commented, "There are a lot of adults (staff), so I was able to realize that this is real and not a hidden camera show. I will sing wholeheartedly, so I will not dishonor the anime's name or Ebichu's name." She also shared her goals as an "anime singer," "I want to be able to appear by myself in an anime song live. My goal is 'Animelo Summer Live'. It's already over this year, but I hope this one song will not be my last. I will do my best that it will connect me to more things."

Mayama's solo debut single "Liar Mask" will drop in stores on November 26. It will be used as the new opening theme for 'Akame ga Kill!' starting in October.