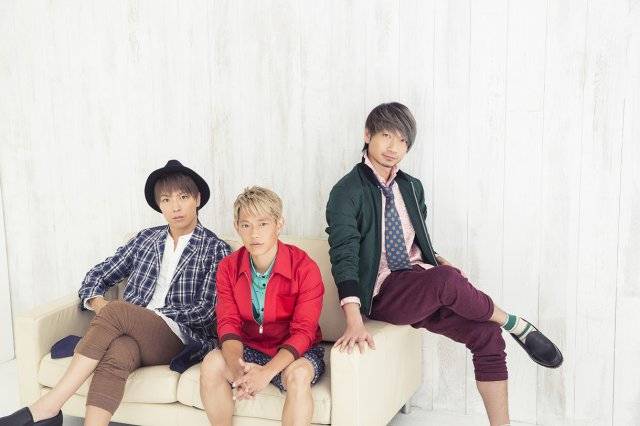 Sonar Pocket's new song "GIRIGIRI" will be used as the theme song for TV Asahi's anime 'World Trigger' which will begin on October 5.

'World Trigger' is based on a manga series by Ashihara Daisuke that's being serialized in 'Weekly Shounen Jump'. It's a sci-fi action about a war between invaders from another world called "Neighbors" and a defense agency called "Borders". Muranaka Tomo will voice  Neighbors' 'Kuga Yuma', while Kaji Yuki will voice Borders' 'Mikumo Osamu'. The voice cast will also be made up of Hanazawa Kana, Okamoto Nobuhiko, and Fukuyama Jun.

The 3 members of Sonar Pocket have been a fan of both 'Weekly Shounen Jump' and 'World Trigger' for a long time. After receiving the offer to sing the theme song, they read the manga series once again in order to immerse the work's worldview into the theme song.

"GIRIGIRI" will be released together with "Egao no Riyuu." as a double A-side single on November 5. The jacket cover for the single's Limited Edition B and Regular Edition B will feature an illustration of 'World Trigger'.