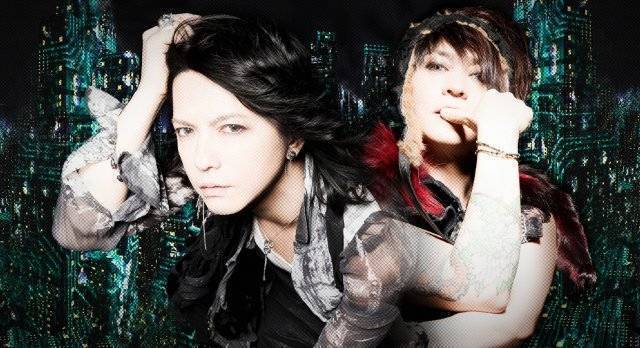 It's been revealed that VAMPS will release a new album, titled 'BLOODSUCKERS', on October 29.

This comes around 4 years and 3 months since VAMPS released their last album "BEAST" in July of 2010. Their 3rd original album will include a total of 13 songs such as their already released singles "AHEAD", "REPLAY", "GET AWAY", and "THE JOLLY ROGER", and a Japanese version of "VAMPIRE'S LOVE".

The album will come in Limited Edition A with Blu-ray, Limited Edition B with various goods, and Regular Edition with SHM-CD. It is titled "BLOODSUCKERS" because it is a nickname that VAMPS use to call their fans.

VAMPS will once again be carrying out their project "VAMPS CHANCE" with this album. They will prepare 3 courses for 666 lucky fans. The courses are 'Private Live Course',

'Sign Session Course', and 'Premium DVD Course'. The application method will be announced at a later date.

CD:
?AHEAD
?REPLAY
?GET AWAY
?THE JOLLY ROGER
?VAMPIRE'S LOVE (Japanese Ver.)
Total of 13 songs