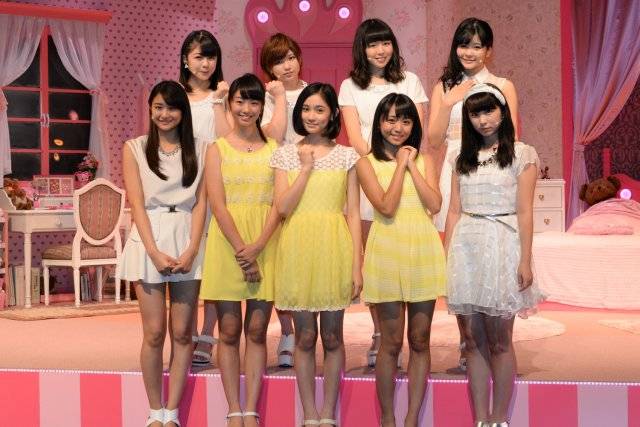 On October 4, S/mileage announced that 3 new members will be joining the group. From now on, they will carry out their activities as a 9-member group.

The new additions were announced during a press conference before costume rehearsals for their musical 'Engeki Joshibu S/mileage's JUKEBOX MUSICAL: SMILE FANTASY!'. As the 3rd generation members, Aikawa Maho, Sasaki Rikako, and Murota Mizuki were promoted from Hello! Pro Kenshuusei.

After imitating the voice of 'Doraemon' and the face of 'Elsa' from Frozen, Murota revealed how she felt when she first heard that she would be joining S/mileage, "When I first heard about it, I was very surprised, but I was genuinely happy." Sasaki cracked an egg and expressed, "My mind went blank, but I want to aim for the top with these members." Aikawa showed a ballet pose, then said, "I've always wanted to join, so when I heard about it, I was very happy. I thought that I have to work even harder from now on."

With the addition of new members, S/mileage has officially opened submissions for their new group name. Takeuchi Akari mentioned, "I think an English name would be good. English is cool. What came to my mind just now is something like 'TRICK'. I want people to think 'isn't this a cool group?'" Meanwhile, Tamura Meimi said, "I want a group name that combines various meanings." S/mileage is accepting ideas from the public until October 31 at 11:59 pm through a special website.