Acid Black Cherry to collaborate with 109MEN'S for the 2nd time 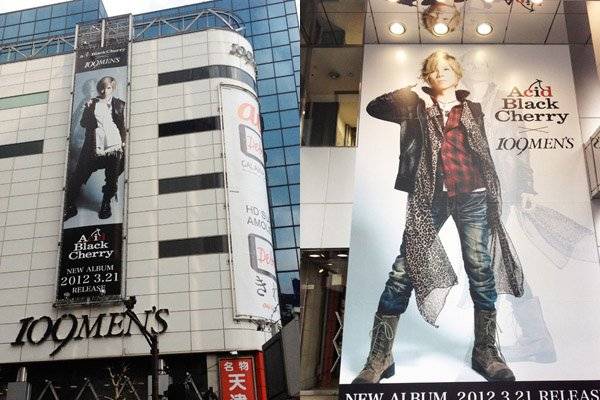 It's been revealed that Acid Black Cherry and 109MEN'S will be having a collaboration campaign once again.

The last time Acid Black Cherry and 109MEN'S collaborated was back in February of 2012. It received a favorable reception, resulting in clothing brands worn by yasu to immediately sell out. yasu continues to be a fashion icon among men as he ranked number 1 in this year's popular artist ranking for men's fashion magazine 'MEN'S KNUCKLE'.

This time, the collaboration will be held from November 1 to 21. Not only will the campaign be held at 109MEN'S Shibuya, but it will also be held at 109 MEN'S in Sapporo, Shizuoka, and Tenjin.

Thanks to Eru for the tip!