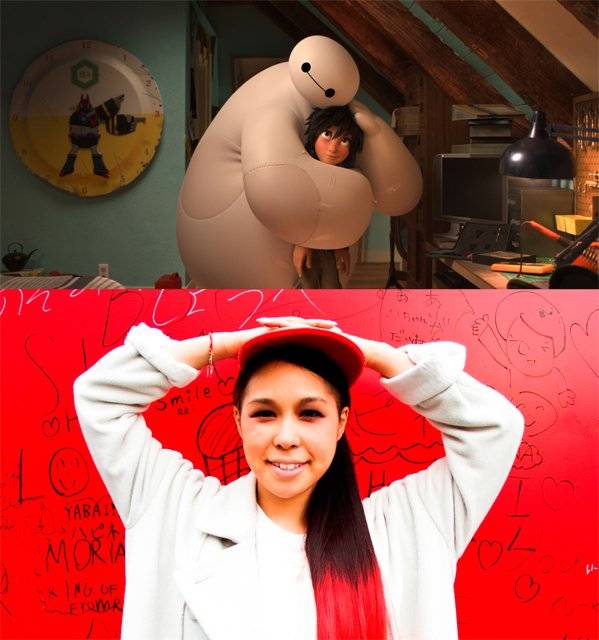 AI's unreleased song "Story (English Version)" will be used as the ending song for the Japanese version of Disney's movie 'Baymax' (English title: 'Big Hero 6') that's scheduled to open in theaters on December 20.

'Bay-Max' tells the story of a young robotics prodigy named Hiro and a robot named Baymax that his brother Tadashi left behind after passing away in an accident. Disney felt that "in the lyrics of 'Story', AI sings about connections between people just like the one between the bruised Hiro and Baymax, who stands besides him to protect his mind and body." As such, they approached AI and learned that there was an unreleased English version of the song. You can hear a clip of the song in the trailer for the movie below.

"Story (English Version)" will be released as a digital single on October 22. The jacket cover features AI and her younger sister SACHI.