Ayaka shares the stage with Snoopy for her new song 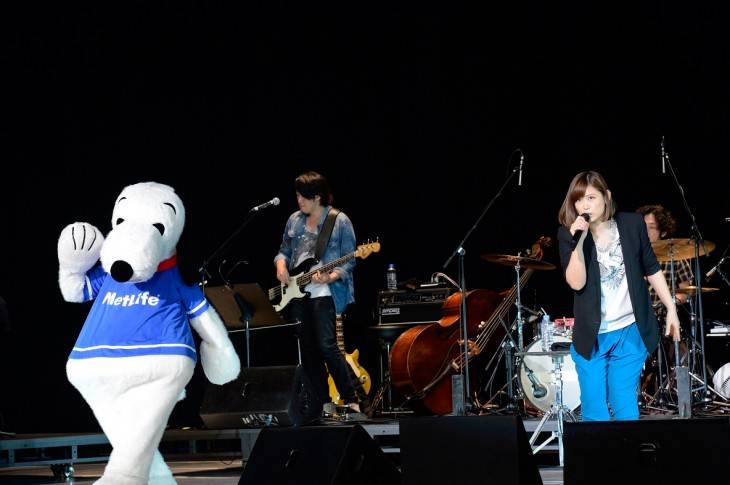 On September 30, Ayaka made an appearance at the event  'SNOOPY J Special Night' at Maihama Amphitheater.

The event was held to commemorate the design renewal of MetLife Life Insurance's manned airship 'Snoopy J-gou'. For the newly designed airship, Ayaka wrote a new song called "Have fun!!".

In front of about 2,000 people, Ayaka first sang "Nijiiro" and "Gensoukoku". Then, she sang "Have fun!!" for the very first time. When the intro began to play, Snoopy took the stage, which made the all-standing audience sing along together.