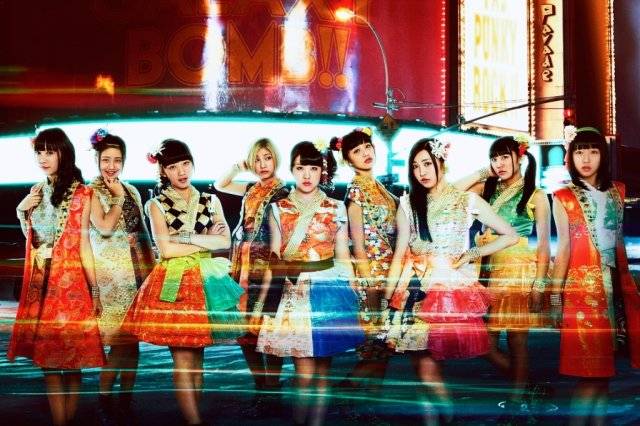 Cheeky Parade recently performed on the main stage of 'The 3rd Annual CBGB Music & Film Festival' in New York on October 12. Both the jacket covers and PV were shot during their stay in New York.

The single will come in 3 different types: Blu-ray Edition, Loppi / HMV Edition, and Event / mu-mo Edition. The Blu-ray Edition jacket cover features the girls' on the stage of 'CBGB', while the Loppi / HMV and Event / mu-mo Editions show them in Times Square. As for the PV, it's a combination of the group's performance from 'CBGB' and off-shots of the members' in New York. You can check them out below the cut.