Chiba Yudai holds a release event for his 2015 calendar 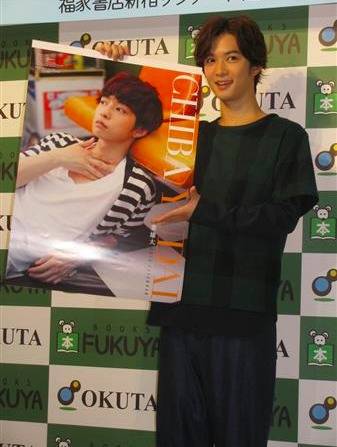 Chiba talked about his calendar with confidence saying ,"I think I've grown up to be an adult." While the actor currently stars in NTV's drama 'Kyou wa Kaisha Yasumimasu.', he promised that he would become even more active next year. He also revealed what he does during his private time, "I don't have any hobbies. On my days off, I do laundry, take a walk, watch a movie, and come home."

Although he possesses a driver's license, Chiba claimed that he is just a "paper driver" (a person who holds a license but has no actual experience driving). However, he shared his desire of owning a car. When asked if he has anybody to sit in the passenger's seat, he responded, "No, I don't. I'm not very popular (with women)."