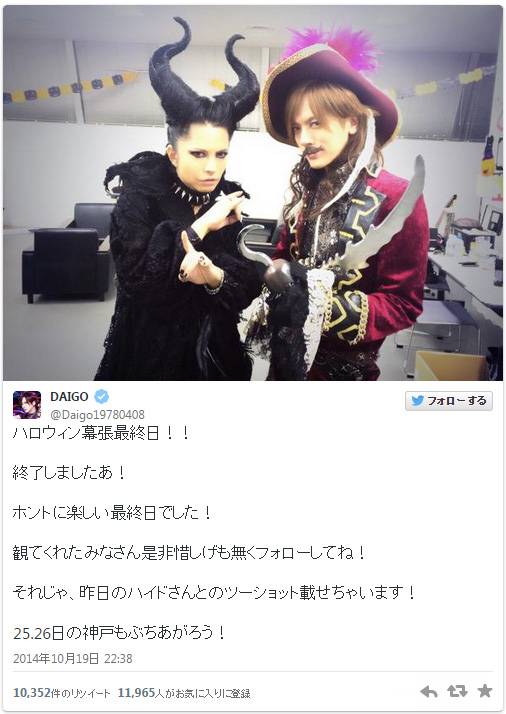 On October 20, DAIGO revealed a two-shot photo of HYDE and himself through his Twitter.

DAIGO appeared in VAMPS' Halloween event 'HALLOWEEN PARTY 2014' from October 17 to 19 at Makuhari Messe. He tweeted his thoughts on the 19th, "The final day of Halloween Makuhari!! It's over! It was a really fun final day!" He continued, "And now, I will show you a two-shot with yesterday's HYDE-san!"

VAMPS' Halloween event is known for the high quality costumes of the performers and audience. On this day, DAIGO was dressed up as Captain Cook and HYDE as Maleficent.

'HALLOWEEN PARTY 2014' will continue at Kobe International House on October 25 and 26.

Gesu no Kiwami Otome. to celebrate their 10th anniversary with a best-of album & concert at Makuhari Messe
2 hours ago   0   69