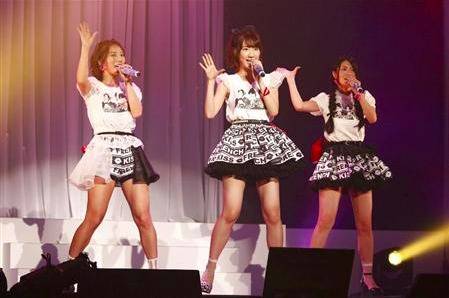 Due to the members' busy schedules, the unit took a break from their activities for a period of time. After 2 years and 3 months, they released their new single "Omoidasenai Hana" on October 1 and officially restarted their activities.

Kashiwagi is known as an 'ameonna' (a woman whose presence brings rain) and unfortunately, it rained on this day. Ever since their debut, the girls have experienced rain during many of their events. Kuramochi was convinced, as she said, "It rains on days that involve Yukirin." Takajo laughed as she added, "Yukirin has brought out her power." In response, Kashiwagi took a defiant attitude and said, "Rainy days are good days."