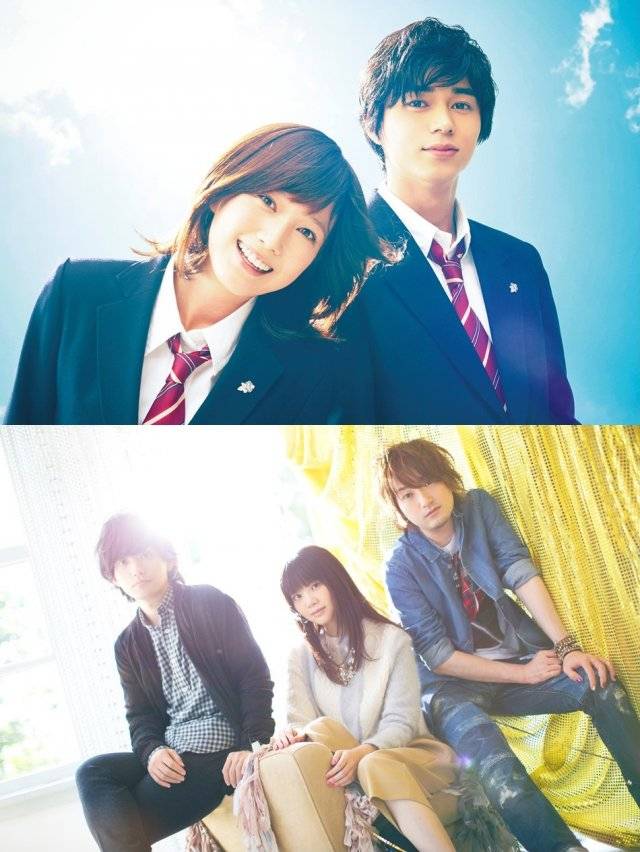 It's been revealed that Ikimonogakari will be in charge of the theme song for the movie, 'Ao Haru Ride' which will drop in movies nationwide on December 13.

'Ao Haru Ride' is a live-action film adaptation of Sakisaka Io's popular manga starring Honda Tsubasa and Higashide Masahiro. The theme song, titled "Kirari", is described as a medium-tempo number with a fresh melody. Mizuno Yoshiki (G), who wrote and composed the track, commented, "After reading the original work and imagining the protagonists earnestly living up their 'youth', an honest and straightforward melody started pouring out of me all of a sudden. It would make me happy if it would become a song that will gently push the backs of those who are in the midst of their youth." The song's arrangement was done by Honma Akimitsu.

'Ao Haru Ride' is directed by Miki Takahiro who has worked on several of Ikimonogakari's PVs such as "Kaze ga Fuiteiru" and "YELL". He praised "Kirari" saying, "Ikimonogakari is an artist that I love and respect, and also a close friend. This time, my wish came true and they will be singing the theme song! It's a really wonderful song that is filled with bittersweetness, impatience, and affection! Thank you!!!"