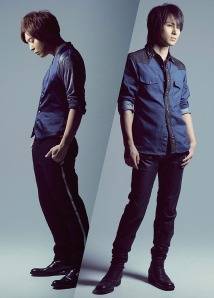 KinKi Kids will release their new single "Kagi no Nai Hako" on November 12.

"Kago no Nai Hako" will be the duo's 34th single and also their first single release in about a year. Written by Matsui Goro, the title track is described as an uptempo number that drifts in sorrow. As the coupling track, the Limited Edition B version of the single will include "Kirameki ni Shisu", a song written and composed by Dojima Kohei and arranged by CHOKKAKU.