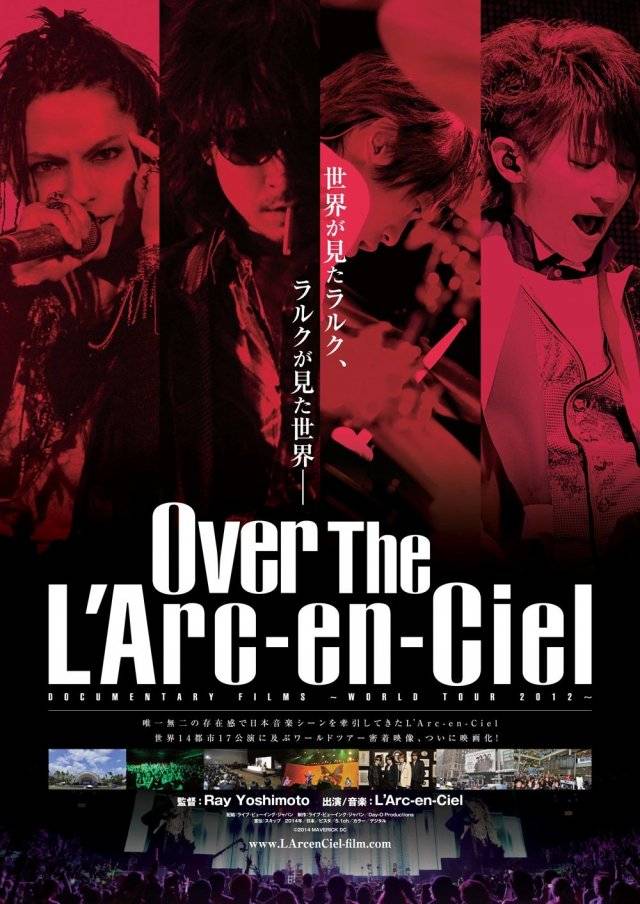 L'Arc-en-Ciel's documentary film "Over The L'Arc-en-Ciel" will be shown in a limited release for 8 days in select theaters starting on December 5. In conjunction with this, their poster visual ban has also been lifted.

It was in March when the news was revealed that their documentary film would be released, but the fans were only informed that the film would be closely covering the band's world tour ""L'Arc-en-Ciel WORLD TOUR 2012" held back in 2012 across 10 countries (14 cities in total).

The documentary is directed by Japanese-American director Ray Yoshimoto. For the documentary, Yoshimoto filmed the backstage scenes of L'Arc-en-Ciel's solo Madison Square Garden performance, a historic first for any Japanese artist. It also contains the band's unknown aspect along with their overwhelming live performances.