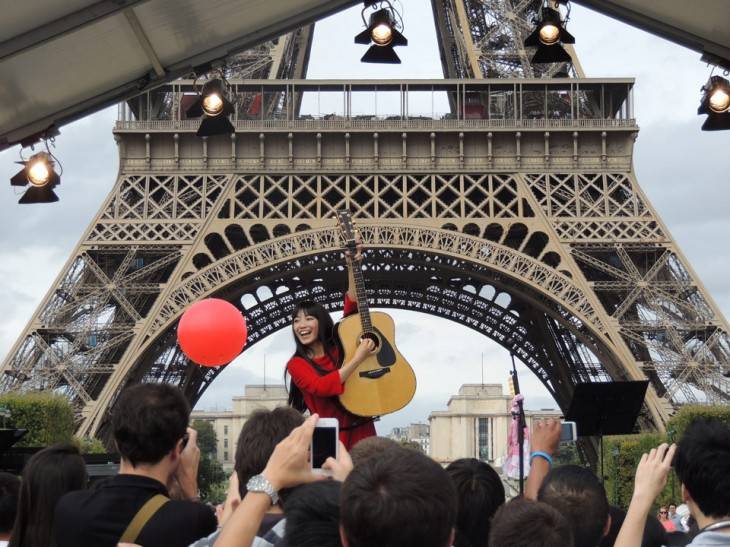 miwa will release a new single titled "Kibou no Wa" on November 12.

"Kibou no Wa" was written by miwa as the theme song for the event 'Tohoku Fukkousai (WA) in PARIS'. She performed it for the first time during the event, which was held on August 30 and 31 at Champ-de-Mars Park in Paris, France.

miwa wrote "Kibou no Wa" after receiving the offer from students of 'OECD Tohoku School', a cause for education that is supported by the OECD (Organisation for Economic Co-operation and Development), which is based in Paris, and the Ministry of Education, Culture, Sports, Science and Technology. The song was completed after numerous letter exchanges between miwa and the students.

The single will be released in both limited and regular editions. More details will be revealed at a later date, so stay tuned!